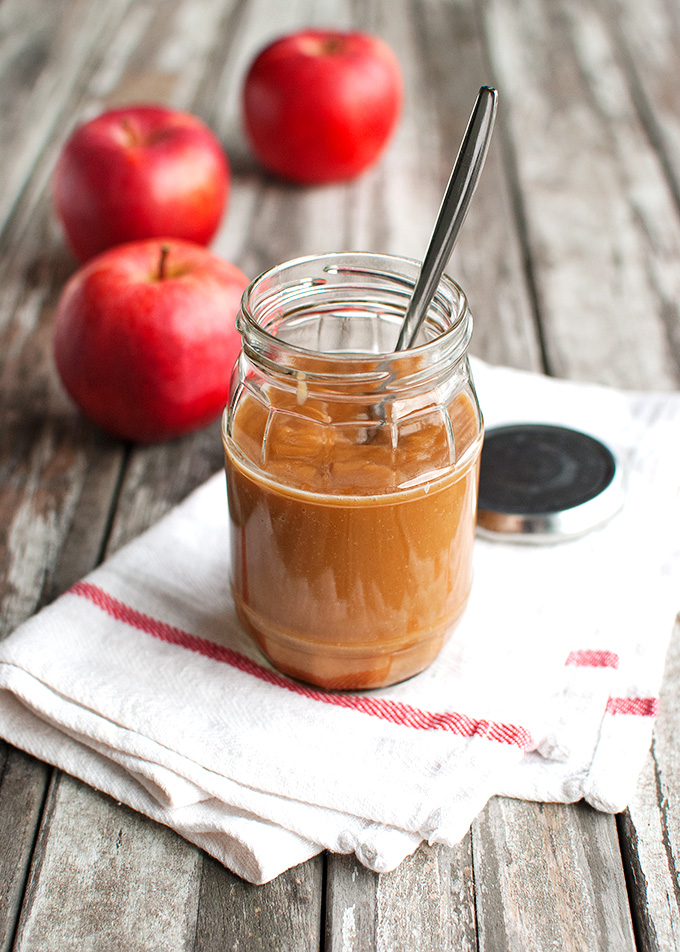 And I have to say, blogging is getting harder and harder. Well, not the blogging part, exactly, but the cooking and photographing part. According to my midwife, my little one should already weigh about 2 kilos, which is almost 4.5 pounds! Add that to the extra weight from my bump, and you can imagine that climbing on chairs to take pictures of food isn’t as easy as it used to be…

Anyway, I thought we’d welcome October with a caramel-related recipe. Because, to me, October means fall, and fall means caramel. And apples. So, a recipe for homemade caramel apple sauce seemed like a good idea!

But wait just one moment. What exactly is caramel apple sauce? You see, it’s not the same as regular apple sauce. Caramel apple sauce is actually made by combining homemade caramel with apple puree.  I’ve actually thought about calling this stuff ‘apple caramel sauce’, instead of ‘caramel apple sauce’, because there’s so much caramel involved! Plus, the inspiration for this recipe came from a recipe for banana caramel. However, in the end I decided that ‘caramel apple sauce’ was a better name, as the resulting sauce has more of an applesauce texture than a smooth caramel texture.

I’ll show you! I have photos! 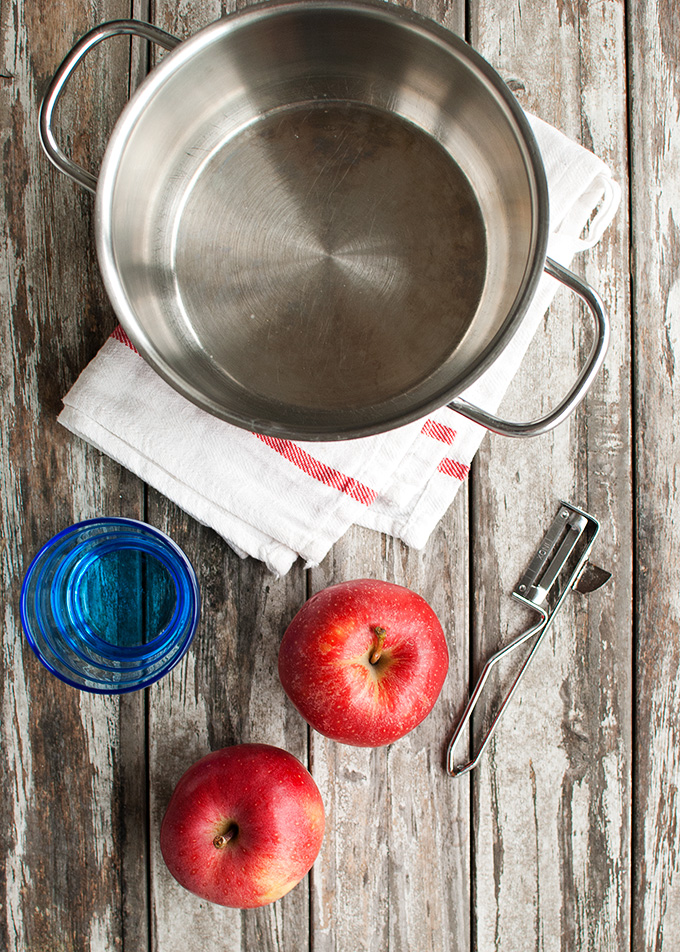 But first, the best thing about this crazy caramel apple sauce is that it’s super easy to make. Like everything I make for the blog, really. What can I say? I like it when delicious things are really easy to whip up. Especially now that I’m pregnant, obviously…

I did make my own apple puree, though. Which is not very difficult – cook apple cubes with a few tablespoons of water until mushy – but if you want to make things really easy for yourself, you can of course use store-bought apple sauce. Just make sure it’s unsweetened! You’ll add plenty of sweetness to it once you mix in the caramel. Oh, and add a bit of cinnamon to it. You’re gonna love yourself for it! 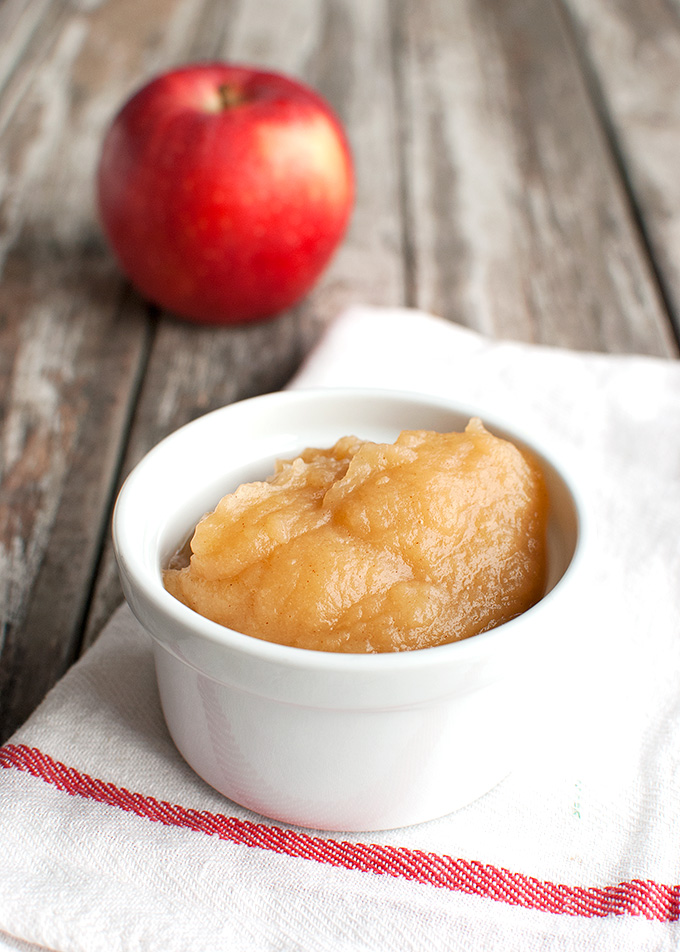 Right, once you’ve made/bought got yourself some apple sauce, it’s time to add the caramel!

To make the caramel, you’ll need just four things: granulated sugar, a splash of water, a little cream and some unsalted butter. If you’ve made my homemade salted caramel sauce (which is insanely delicious. Especially straight from the jar!) this part of the recipe will look very familiar to you.

Just start by combining sugar and water in a medium-sized, light-colored saucepan. The pan needs to be at least medium-sized (definitely not small!) because the caramel will bubble up quite dramatically once you add the cream and butter, and it needs to have a light color (such as a light metallic) because it makes monitoring the color of the caramel that much easier. 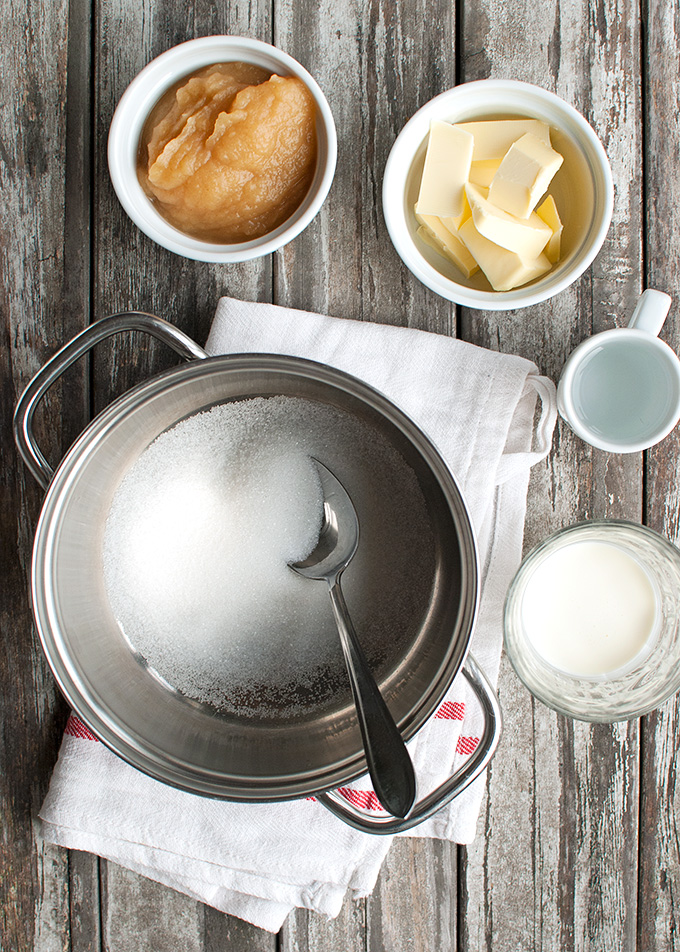 Anyway, gently heat the sugar and water mixture until the sugar has dissolved and the syrup looks clear, then crank up the heat, stop stirring, and allow the sugar syrup to turn into a nice golden caramel. Once you’re happy with the color of the caramel, whisk in cream and butter (hello dramatic sizzle!) and cook for one more minute. Remove from the heat and whisk in the unsweetened apple puree.

This is what the sauce looks like right after you’ve added the apple puree. See why I decided to call it ‘caramel apple sauce’ rather than ‘apple caramel sauce’? It’s clearly not quite as smooth as regular caramel sauce… 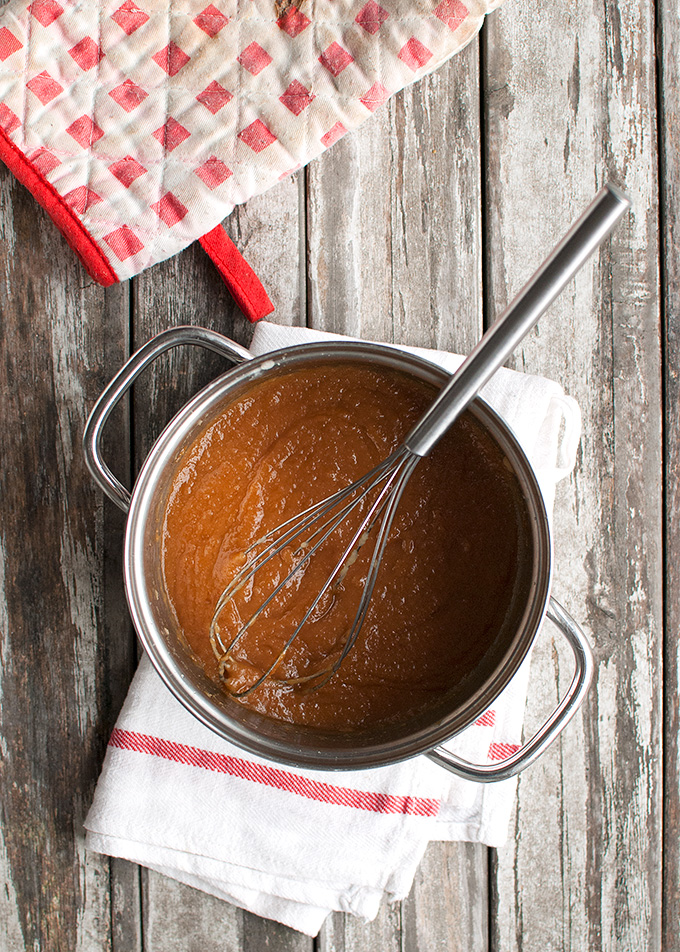 Which is exactly why I blitzed mine with a stick blender! It’s an optional step, and it doesn’t really make the sauce completely smooth, but since I wanted to use this stuff as a cupcake filling (for which it is great!) I decided that I wanted it to be a bit smoother than it was in its unblitzed, natural state. 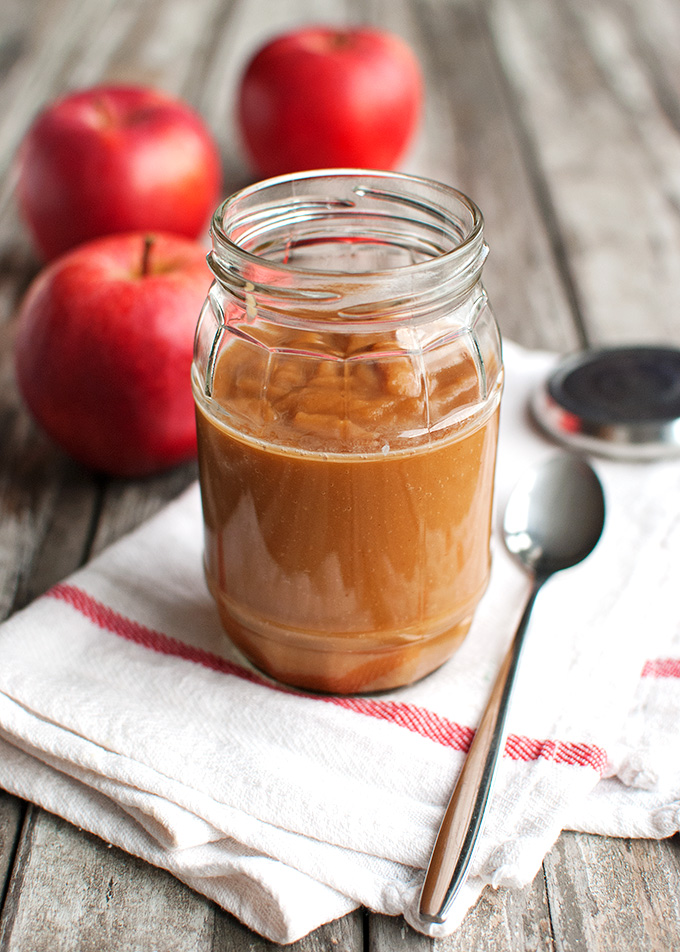 Anyway, try this stuff, guys. It’s amazing! It’s sweet and caramely but with a huge apple kick! It’s delicious on its own but, as I said, it also makes a great filling for cakes and cupcakes, like these Caramel Apple Cupcakes. Oh, and I bet it’s great with a lot of savory dishes too. You know, things like roast pork. Yum, yum, yum… 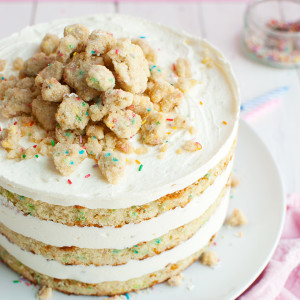