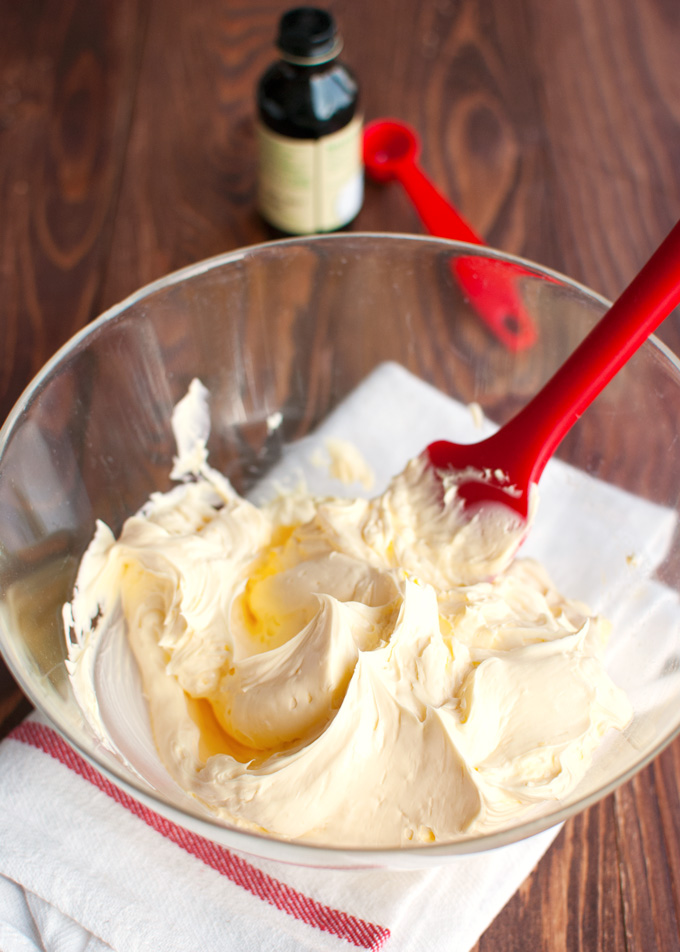 All right, let’s get back to buttercream. I’ve missed this stuff! 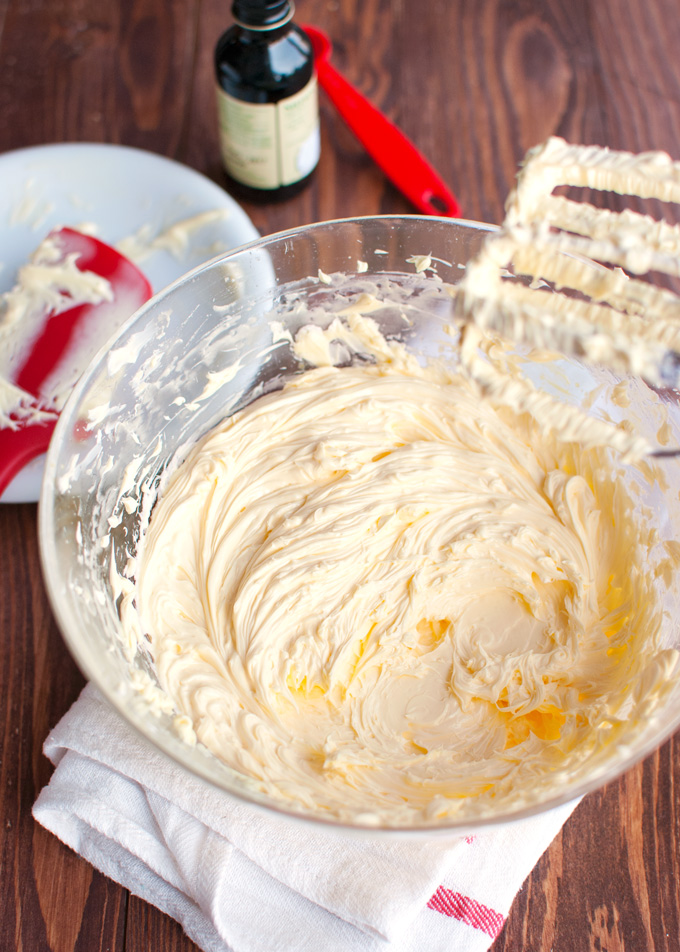 As I explained in my post on the ‘Beaten Butter Method‘, buttercreams that are made using the ‘cubed butter method’ are made by mixing cubes of softened butter into a sweet base, usually an egg foam, like meringue. In other words, instead of first beating soft butter until it’s fluffy and pale and gradually mixing tablespoons of a sweet base into it, like you’d do when using the beaten butter method, for the cubed butter method you need to do things the other way around.

But don’t despair! I’ve got plenty of tips and tricks. And, um, better methods (if I may say so myself…). 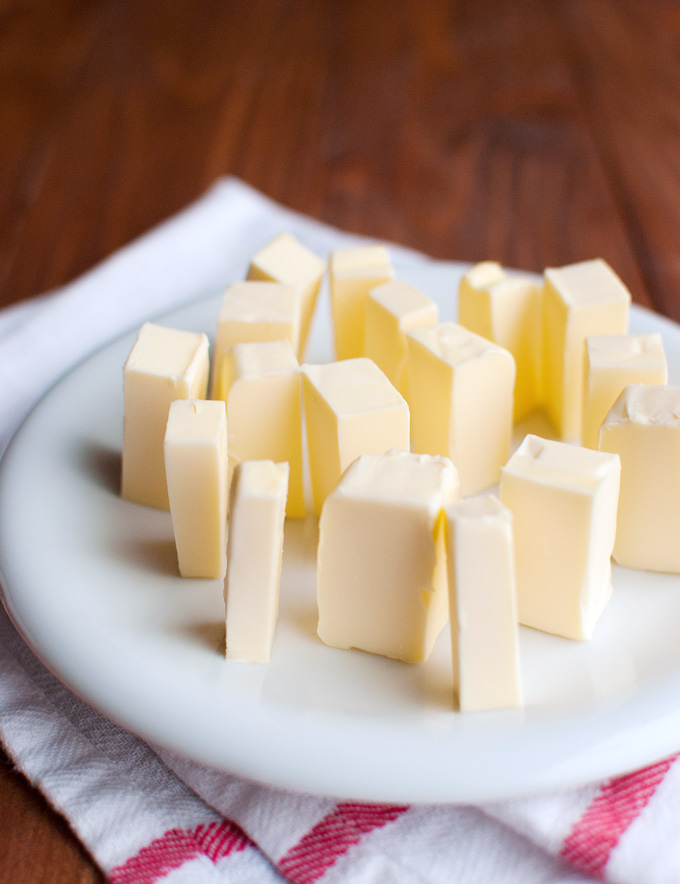 First thing you’ll need for the cubed butter method is… cubes of butter. Softened cubes of butter, that is. As with the beaten butter method, I prefer to use unsalted butter because it gives me more control over how much salt ends up in the buttercream and, consequently, the resulting flavor of the buttercream. But if salted butter is all you happen to have, feel free to use that instead. 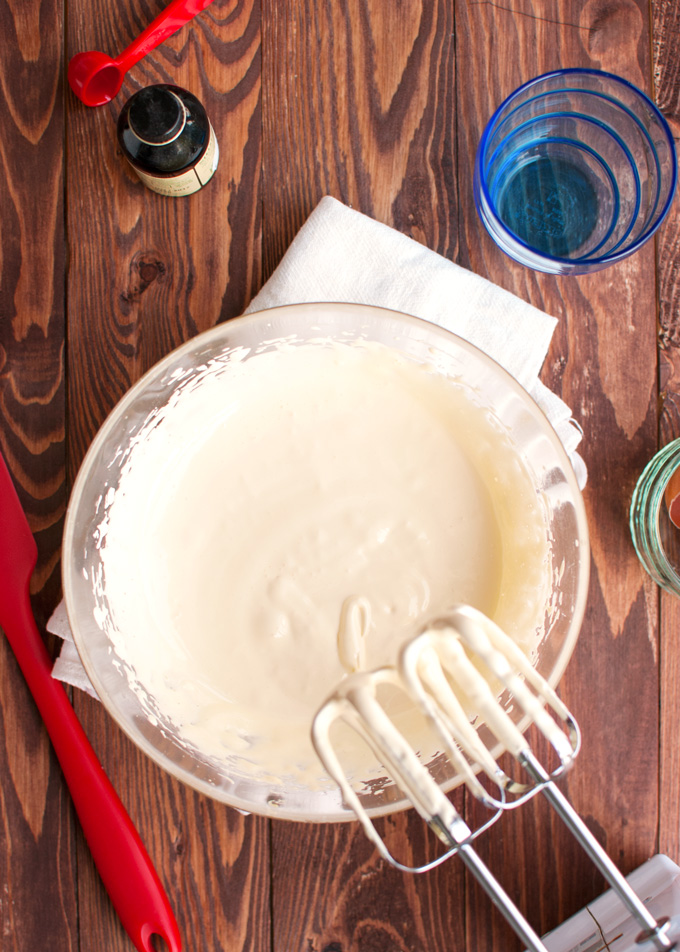 The next thing you’ll need, is a sweet buttercream base, like an Italian meringue, a Swiss meringue, custard, pudding, or, as I’m using today, a pâte à bombe: a meringue made with egg yolks. See the photo above? That’s a pâte à bombe.

Make sure the sweet base you’re using is also around room temperature (18-20°C/65-68°F). If it’s too hot, the butter might melt and you’ll end up with a soupy mess, but if it’s too cold, the buttercream won’t come together as well.

After you’ve made sure that both the butter and the sweet base have the right temperature, plop one or two cubes of softened butter into the base and start mixing away. As I explained in my post on the beaten butter method, buttercream is basically a water-in-fat-emulsion. As you know, water and fat don’t mix very well. Just try mixing water with oil… It doesn’t work. By adding the butter (the fat) to the sweet base (which is watery) a few cubes at a time, you give the watery base a chance to absorb the butter.

So just take your time! 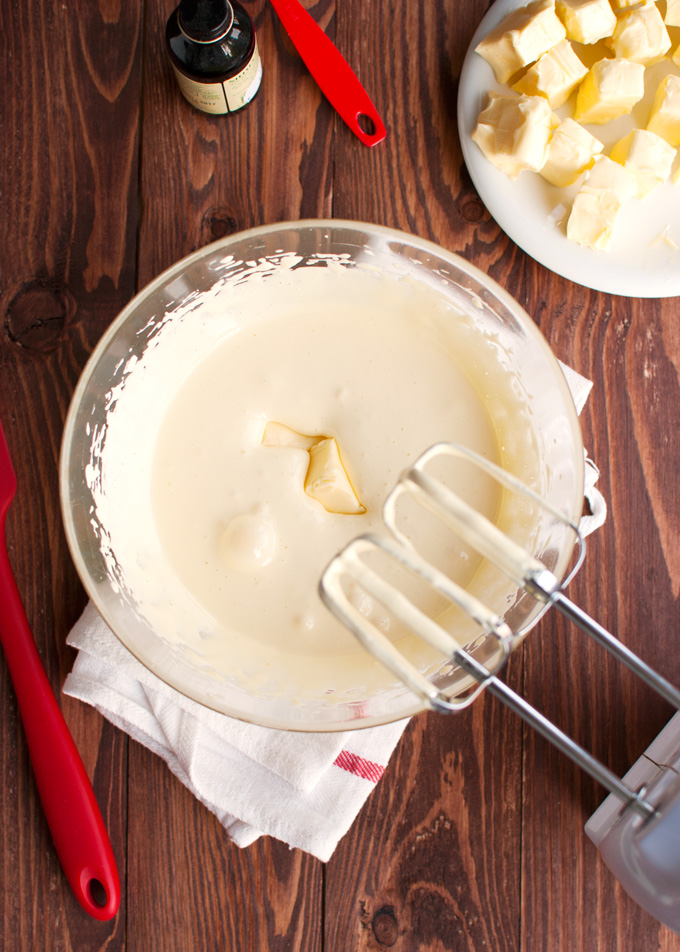 Once you’ve added your first cubes of butter, you’ll notice that a sweet base like a meringue or pâte à bombe might deflate a bit (as you can see in the photo below). That’s normal, so don’t worry about it. You know how all those how-to’s about making meringue and whipping egg whites always remind you to use a spotlessly clean bowl and whisk, as even the tiniest trace of fat can prevent the egg whites from reaching full volume? Well, I guess when you add fat to a meringue or a pâte à bombe, they deflate a bit for that same reason.

But none of that really matters, so just keep mixing in cubes of softened butter one or two at a time… 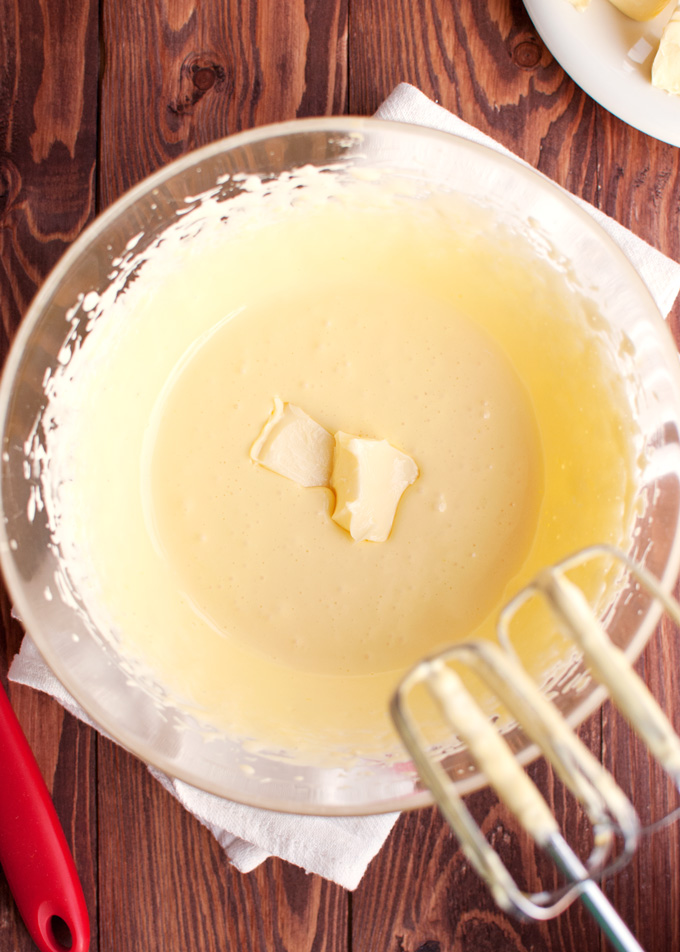 If the buttercream looks like it’s separating – which may very well happen when you’re using this method – don’t worry: just keep mixing like you mean it and eventually it will come together again. It will start to look worse at first, but trust me, it will become smooth and beautiful if you just keep mixing!

Anyway, whether it separates or not, the buttercream will eventually become smooth, creamy, fluffy and perfect! 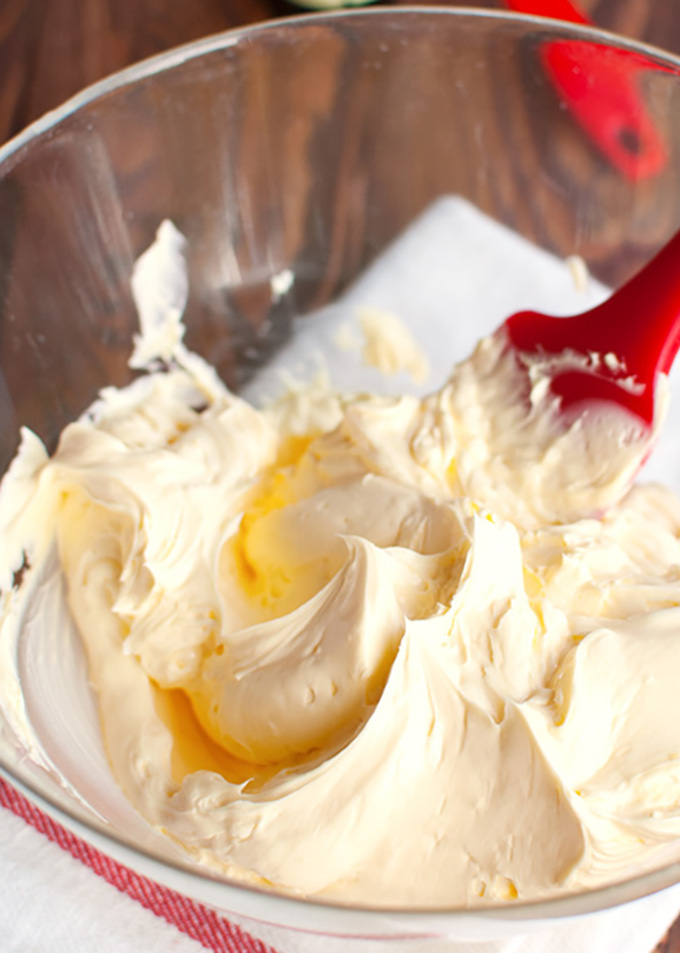 If you’d like to read more, check out these posts:

And don’t forget to pin 🙂

« Things I Made a Year Ago
How to Make French Buttercream – The Battle of the Buttercreams 2.0 » 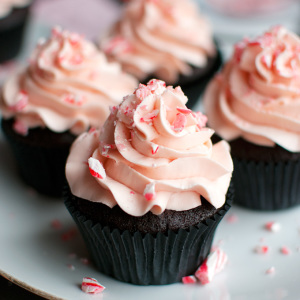 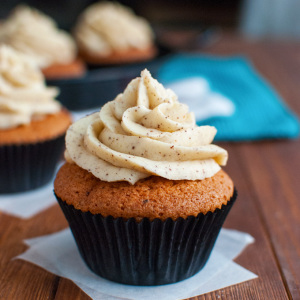