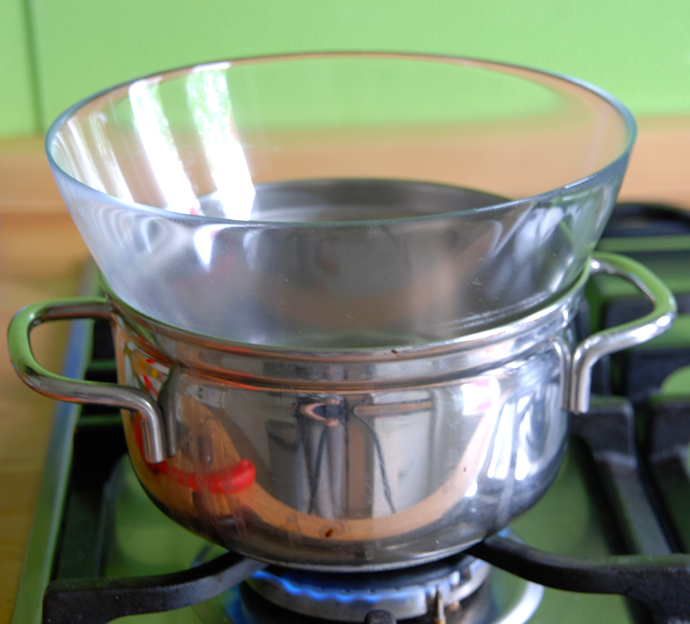 As you may have noticed, I recently added a new page to the website: ‘Basics and Tips’. On this page, you will find links to posts in which I explain all about different cooking and baking techniques. I will also provide my trusty readers with some vital background information on certain recipes or cookware, because – yes, this has happened to me as well! – sometimes recipes can make you feel like a dim-witted dummy… or a clueless little amateur… even a downright idiot!

And we wouldn’t want that, would we now?

No, I want you to be perfectly zen in the kitchen! Like this interesting character (yes, I now he’s not cooking, but he’s handling food in a very zen-like manner).

Anyway, first up in this brand new post-category: ‘Faking  a Double Boiler’.

Let me just start this very first post in this particular ‘Basics and Tips’ category by saying that actually buying a double boiler is a complete waste of money.

I hate to break it to you if you’ve already bought one before stumbling onto this post, but the mere existence of that fancy piece of cookware you purchased is as unnecessary as the existence of green bell peppers (who likes those, anyway?).

A double boiler – also known as a bain-marie or the French au-bain-marie – is used for making custards, melting chocolate and keeping sauces warm, and the only thing you’ll need to make one is a heatproof bowl and a warm water bath in the form of a pan filled with some simmering water. Seriously, why spend money on expensive kitchenware if you already have everything you need in your kitchen?

Years and years and years ago, back when the world was still a flat disc and people had only just begun dressing in clothes instead of fashionable fig leaves, in other words, back in the sixteenth century, there supposedly was a girl named Mary, who was a gifted alchemist. You remember alchemists right? Crazy people who tried to turn lead into gold and what not…?

Anyway, Mary the alchemist came up with a nice little technique to melt chocolate for her chocolate soufflés… O no, wait… Chocolate as we know it wasn’t even invented yet (poor Mary!)…

Anyway, whatever Mary was working on in her chocolate-less world, she needed a device to gently heat up her alchemist ingredients, as some of these could not be exposed to the heat of an open flame. The problems Mary encountered as a sixteenth-century alchemist are quite like the difficulties cooks face when making a custard. As we all know, cooking egg based custards in a pan over a flame can end in horrible, split custard if the eggs are heated too fast and scramble.

By cooking the custard in a double boiler, the bowl in which the custard sits will never get hotter than the water and steam below and thus never reaches temperatures higher than 100°C (212°F). The bottom of a pan on a flame can get much hotter than that, depending on the melting point of the pan.

Luckily, setting up your own make-shift double boiler is easy as pie:

Start by browsing you cupboards for a regular pan and a heatproof bowl with a bottom that will fit about an inch deep into the pan for stability. If you sit the bowl on top (partly in) the pan, there should still be a two inch gap between the bottom of the bowl and the bottom of the pan. There is some debate on whether the bowl should create a watertight seal, but in my experience, it really doesn’t matter. Some people are afraid that a watertight seal prevents heat from building up sufficiently, but others worry about pressure building up behind a watertight seal.

I never had any problems with just placing a heatproof bowl an inch (or even more) inside the pan, creating a watertight seal. Like I said, it gives your ‘double boiler’ stability and as soon as the pressure starts building up and your contraption starts to ‘rattle’ (like the lid on a pan of boiling water), I just lift the bowl off the pan, allowing some steam to escape, turn the heat down and place the bowl back.

Once you’ve have found a pan and a fitting bowl, just fill the pan with an inch of water and heat the water to a simmer. 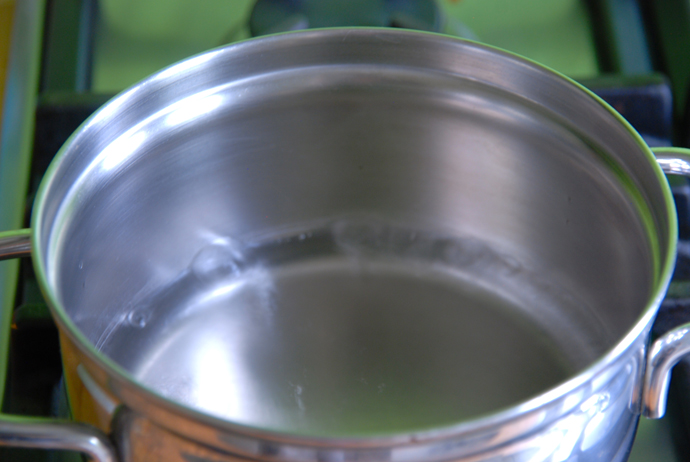 Place the heatproof bowl over (not in) the simmering water.

And that’s it! Could it be any easier?

Once you’ve set up your double boiler, just follow these general guidelines:

Add small pieces of chocolate to the bowl of your makeshift double boiler. Using a spoon, stir the chocolate so it will melt evenly. Once the chocolate has melted, take the bowl off the pan and place it on a tea towel on the countertop. Not only will the tea towel act as a trivet, it also enables you to dry the bottom of the bowl.

Add eggs, sugar and milk to the bowl of your makeshift double boiler. Use a whisk or a spoon to stir the mixture so the eggs in the mixture will cook evenly. Once the mixture has thickened, pour the custard into another heatproof bowl to prevent it from cooking any further, as the eggs will scramble if they get too hot.

When the double boiler has served its purpose, treat it like you would any hot pan.

By the way, people always warn other that the bowl of the double boiler should never, never, touch the water, but I really don’t understand why it would make any difference. After all, the water has the same temperature as the steam. However, since I can’t provide you with a nice scientific explanation as to why you shouldn’t worry about the bowl touching the water, I stick with the same instructions I have been following since I was eight: don’t let the water touch the bowl.

But still, if you can explain this to me, please do!

« Orange Buttercream Cake, aka: Crowned King’s Cake
Basics and Tips: Getting to Know Your Oven » 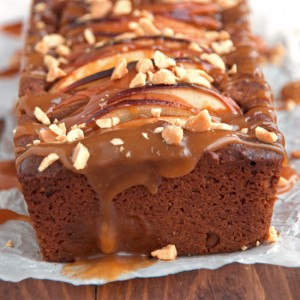