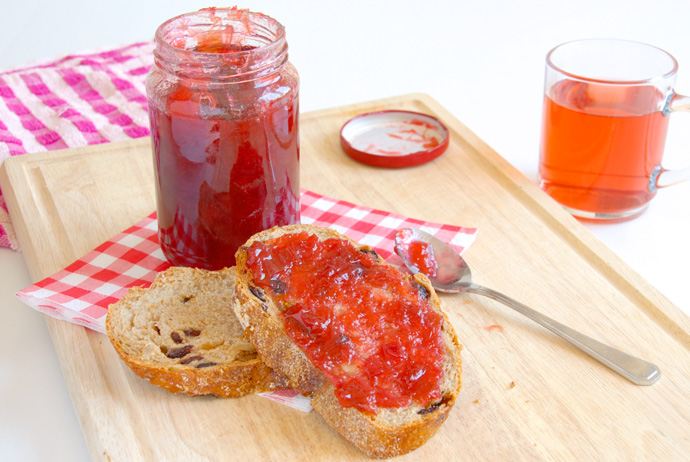 I used to be scared of making jam. If you’ve read my post on Caramels, you know that before I ever made caramel I had gotten it in my head that making caramel was like setting your stove on fire. It was the same with jam… But hey, guess what? I’m a tough cookie! And tough cookies are not supposed to be scared of bubbling pans of sugar or fruit. Once I had successfully made caramel without setting the house on fire (only took me one try! I’m a genius!) I thought that making jam was a breeze. And it really is a breeze! Looking back, I still can’t imagine what part of the jam making process got me so nervous…

What a wimp I was! But now I’m tough! Tough enough to make rhubarb and vanilla jam without even breaking a sweat. Which is lucky, because it wouldn’t be a great addition to the jam. So the first thing you need to know about this recipe is that it is ridiculously easy. Just a big pot of sugar and fruit. Let it boil. Test it. Jar it. Eat it. It’s harder to brush your teeth with an electric toothbrush (why didn’t anyone tell me you’re supposed to ‘guide it along all the surfaces of your teeth’!).

The second thing you’ll need to understand about rhubarb is that it comes in a variety of colors. From bright, ruby red to spring green. Although these different varieties all look a little different from one another, they have a similar flavor. When I first tried this recipe, I was aware that there was a difference between green and reddish rhubarb, like the top stalk pictured below. Wanting to end up with a red jam – because red is always more appealing than green when it comes to food – I decided to go with the reddish variety. 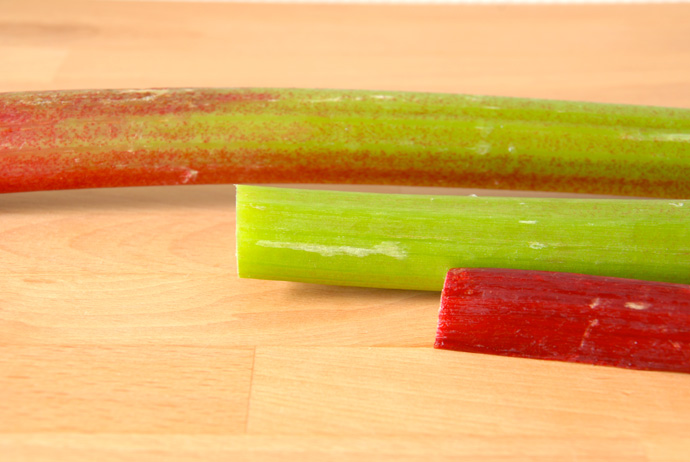 Not really a bad idea, right? I mean, sure, the reddish stalks are a bit green, but they are a bit red too. Because I didn’t know red rhubarb even existed, and because I’d seen rhubarb that was a lot greener at the supermarket, I decided that the reddish variety must be the red variety.

The first batch of jam turned out a weird shade of brown. Although the flavor of it was amazing, it just didn’t look very appetizing. And I want my food to look appetizing! So after a bit of googling and another shopping trip, I managed to get ahold of these beauties! 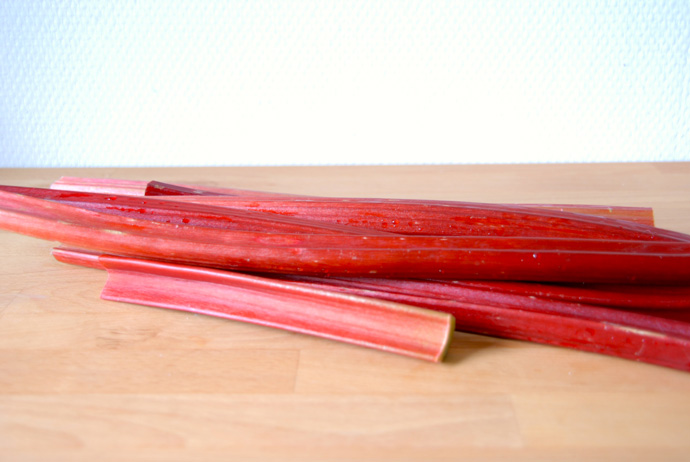 Red, red, red… And – more importantly – it cooks up gorgeously red too! In other words, perfect for jam making.

So the first thing you’ll need to do to make this delicious jam is cut your gorgeously red rhubarb into little pieces and throw them all in a big pan. 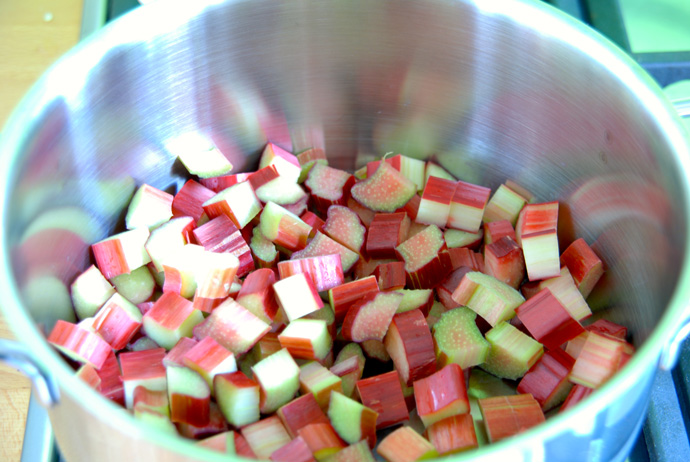 Don’t they look beautiful and fresh? And yeah, there’s a bit of green in there – the rhubarb stalks are bright green in the center – but the red skin will ensure that the finished product will turn out ruby red anyway!

Add some lemon juice, some vanilla and a ton of sugar and you’re all set to start cooking. Gently heat the mixture, stirring to dissolve the sugar, then crank the heat up and bring the rhubarb to a boil. Boil for ten minutes without a lid, until your rhubarb has become a fragrant mass of bubbling red and your kitchen smells like sweet rhubarb and soft vanilla.

Ladle the jam into sterilized jam jars and leave to cool upside down. 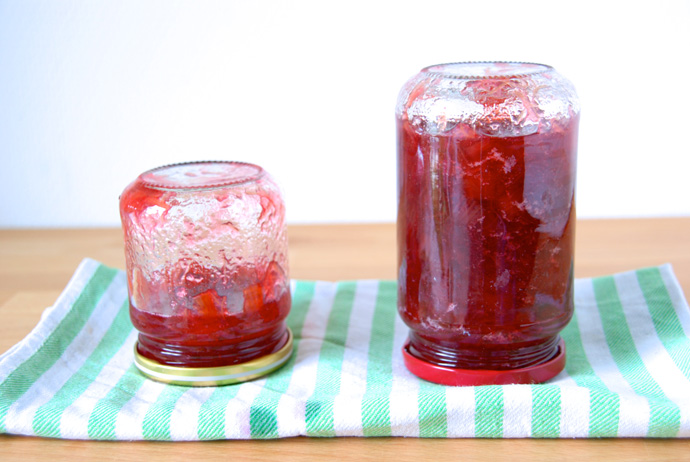 And that’s it! Nothing scary about jam making, right?

This stuff is great on a big hunk o’ bread or stirred into some yoghurt. But I imagine it is also a great cake filling. Originally I had wanted to use this jam as a filling in a Linzer Torte, but the Rocking Rebel and me just can’t seem to keep our hands off it long enough to actually fill a cake with it.

Ah well… I can always whip up some other type of jam for the Torte. This jam just wants to be eaten as it is! 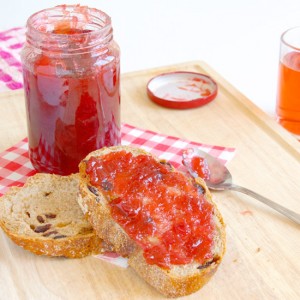 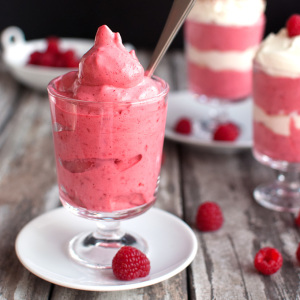 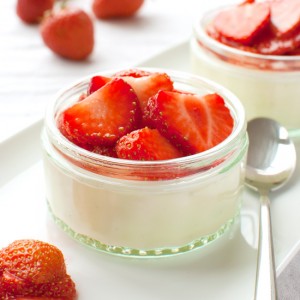