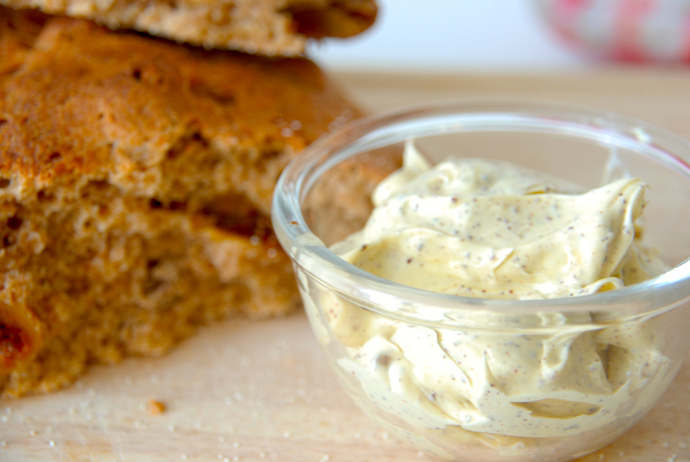 This recipe is so ridiculously easy it hardly deserves its own post. In fact, it can hardly be called a recipe!

Not that that ever stopped me from doing anything!

So on a dreary winter afternoon full of incredibly mind-numbing literature and essay deadlines, I grabbed a simple boxed cake mix and plopped some butter in a pan. I was going for an easy snack. Nothing too fancy… Just elaborate enough to take my mind of studying a bit.

And just for the record, there’s nothing wrong with a boxed cake mix from time to time! Especially not if you just want to make yourself a whole lot of little cupcakes as you’re desperately trying to catch up on your reading list (is it me or are novels just too big these days?).

Anyway, I melted the butter, watched it bubble and make weird crackling noises and… oh yeah, I smelled the butter turn into brown butter!

The smell is amazing. I can only describe it as warm, wintery and spicy, with maybe a hint of nuttiness. But don’t mind my poor descriptive skills… you’ll know when the transition has taken place and the ordinary butter you started off with has changed into something a lot more decadent and interesting. Besides, your brown butter may turn out to be the perfect example of the French beurre noisette, toasted hazelnuttyness and all!

Anyway, back to my kitchen on that dreary afternoon full of studying and frustrating essay questions… After I browned the butter I poured it into a heatproof bowl and placed it on the balcony to cool to a softened butter stage, at which point I creamed it, added the cake mix and some eggs and whipped up some glorious cake batter.

Part of why I like baking so much is that you can lick the whisk… and the bowl… and maybe even just take a spoon out of your kitchen drawer and simply eat a big spoonful of cake batter. I think this is an important step in the whole baking process. Batter that doesn’t taste good at this stage will never magically turn into something delicious in the oven. I learned that the hard way when my little sis and I wanted to make brownies a couple of years ago. We had bought our favorite boxed brownie mix, because, like I said, there’s nothing wrong with a box when it tastes good and you want something good without too much fuss. As always we were looking forward to licking the whisk and the bowl.

But the batter was salty…

Slightly puzzled, we looked at each other, unsure of what to do next. After all, this was the same mix we always bought. Young and inexperienced as we were, we decided that, once in the oven, the batter would transform into the delicious, soft, chewy brownies we loved so much.

We readied a tub of ice cream and a movie and waited in excited anticipation for our delicious brownies to be ready. But of course, they were even saltier than the batter and we had to thrown the entire batch away. Luckily, we still had the ice cream and Shrek 2.

Since then, I have made it a habit to always taste batters and having found that there was nothing wrong with the brown butter cake batter, I started spooning it into cupcake cups, casually sampling the batter along the way…

Eventually, I ate half the batter. It was just TOO good and I just kept on dipping my finger in it until I could no longer ignore my mother’s voice inside my head telling me not to eat too much batter as it will make you sick. But man, was it hard to resist… After tasting the cake, which was delicious, I decided that the batter had been even better, and the idea for this brown butter spread was born!

It looks a bit like mustard in the picture above, but it’s basically just brown butter whipped up with some powdered sugar. Kind of like an American buttercream. 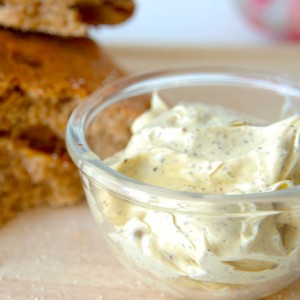 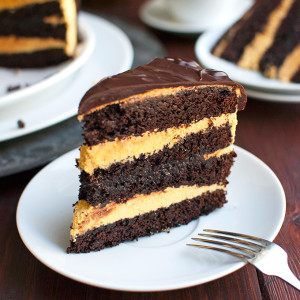