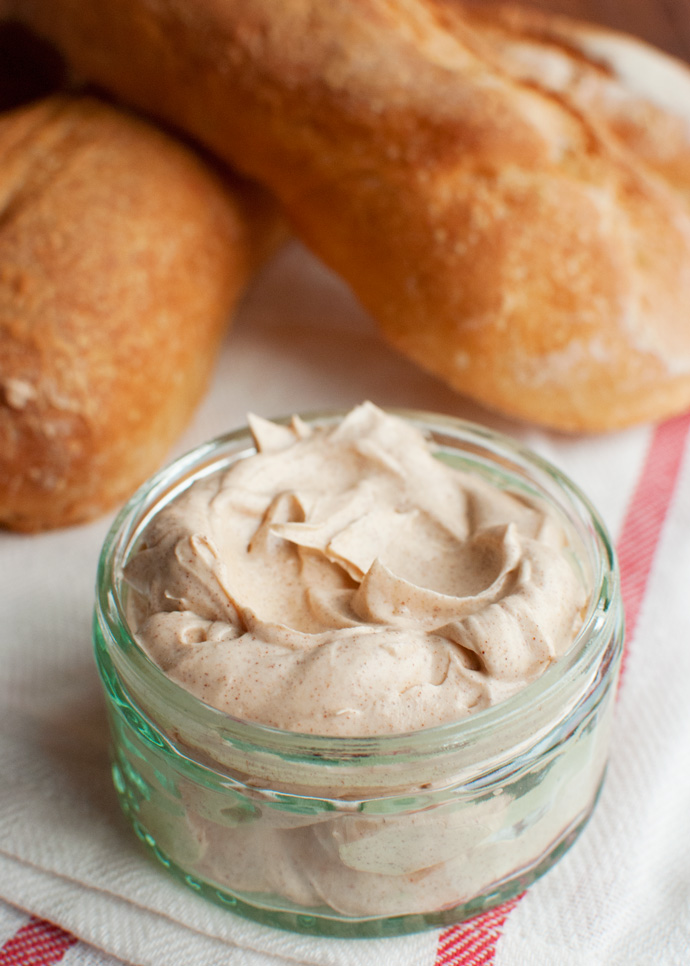 I know, stupid question. Who doesn’t, right? Which is exactly why I’m sharing today’s recipe with you. Which is hardly a recipe, to be honest… You just throw some things together and you’re done!

Just start with some brown butter. It’s delicious and gorgeous and the best thing ever. Duh! If you look up yummy in the dictionary, you will find ‘brown butter’. Right next to ‘chocolate’, ‘peanut butter’ and ‘cake batter’. Secondly, there’s cinnamon! And cinnamon makes my heart flutter! In the best way possible, of course… Anyway, mix brown butter with cinnamon and the result is delicious. But add powdered sugar and a fat pinch of salt and you’ll end up with a delicious spread that tastes just like the most delicious cinnamon buns ever!

Seriously guys, this stuff is sooo good! I couldn’t leave it alone and I even considered calling it Cinnamon Bun Spread! 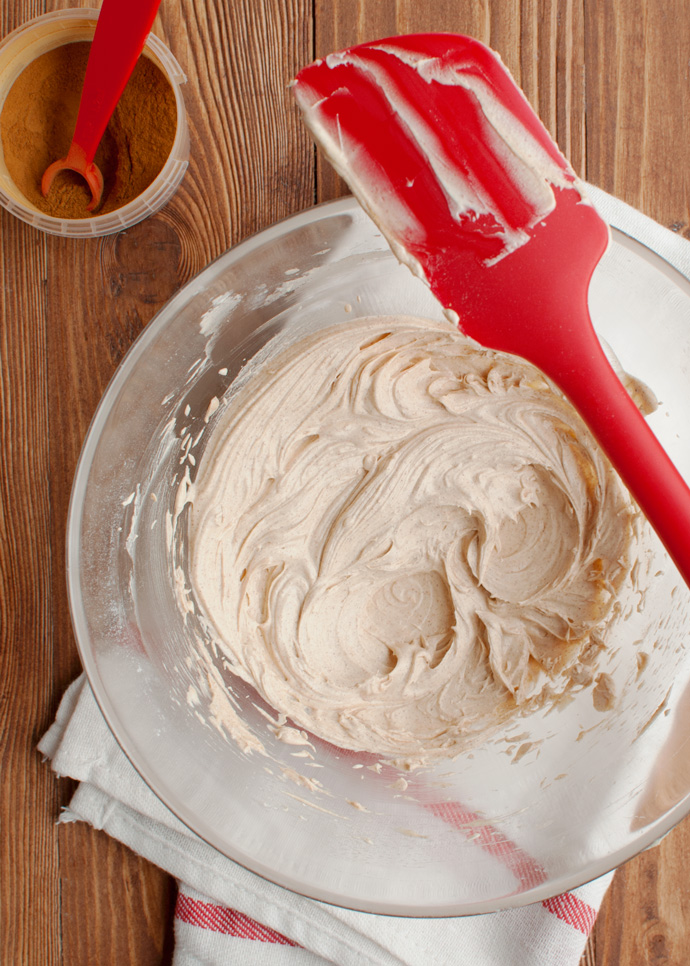 Remember that deeeelicious Double Brown Butter Cake I posted about a few days (weeks? What’s it been??) ago? Well, in order to make the cake really taste like brown butter, I gave the brown butter I used in the cake a little boost. Aka: I browned twice the amount of butter needed for the cake, poured it into a bowl to cool, allowed the caramelized milk solids (or brown butter essence, as I like to call it) to sink to the bottom of the bowl and added all of the milk solids and half the butter to my cake. In other words, I had some leftover ‘clarified’ brown butter. 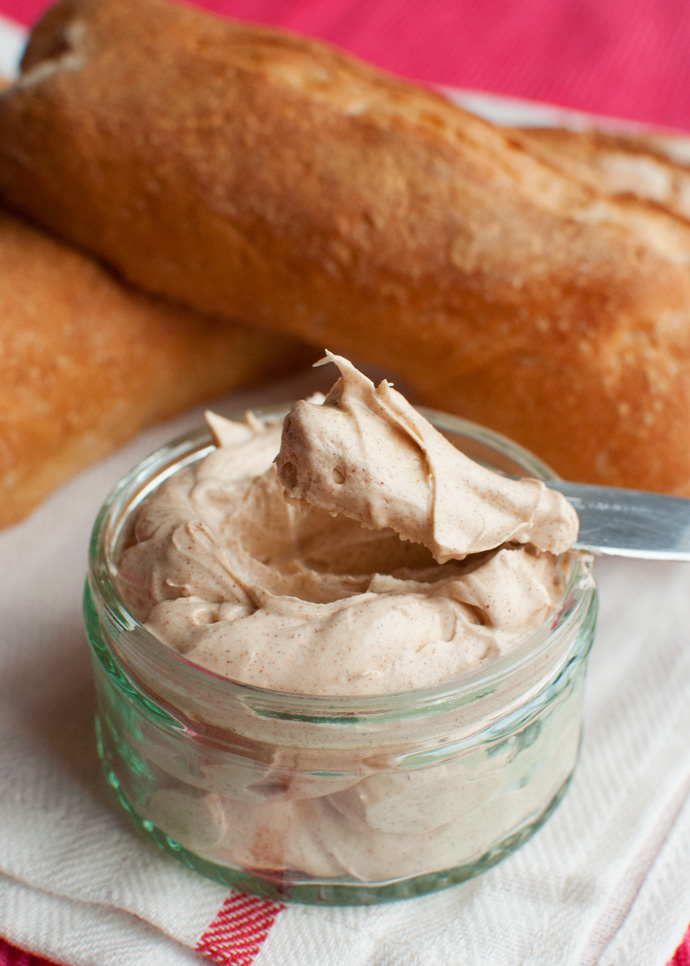 Oh, and if you’ve never browned butter before, don’t worry! It’s really easy! If you’re unsure about the technique, just check out my post on how it’s done. It’s got a lot of pictures to guide you through the process!

But seriously, don’t worry about it… And this Cinnamon Brown Butter Spread – or rather: Cinnamon Bun Spread – is soooo worth it! 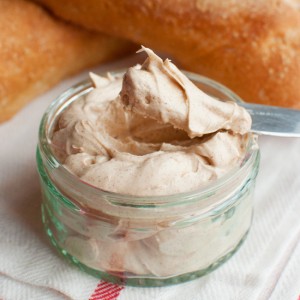 Print
Prep time
5 mins
Total time
5 mins
Author: The Tough Cookie
Ingredients
Instructions
Notes
You can easily make brown butter at home! Just take a look at my tutorial in the 'Basics and Tips' section of this blog!
3.2.1284 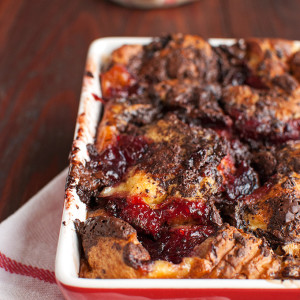 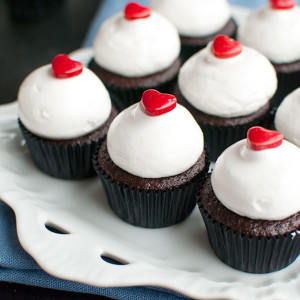