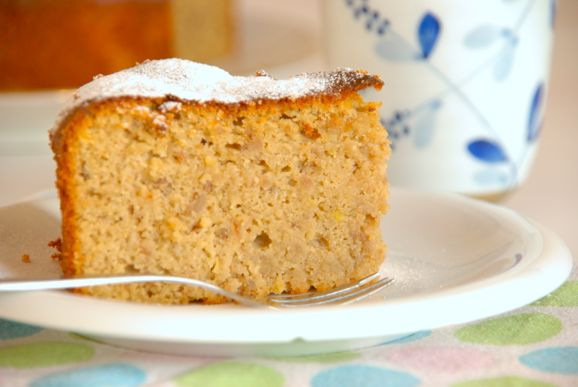 Up until yesterday I had never eaten a chestnut in my life. Weird, right? How can a person live up to the age of twentysomething without ever having eaten something as simple and widely available as chestnuts? It wasn’t for my lack of trying though! Ever since I first learned that chestnuts are edible I’ve been fascinated with them, but somehow I hardly ever came across the edible kinds growing up. I do remember pelting my brothers and sisters with acorns or horse chestnuts, but that it about as far as my childhood chestnut experiences go.

A few years ago, I bought some fresh chestnuts, which I still needed to peel, skin and cook. I can’t even remember what I was trying to cook or bake with them, but I do remember what a terrible drag it was to try to skin them! Eventually, due to the fact that a lot of the chestnuts had wormholes or mold in them, I gave up on the endeavor and threw the remaining chestnuts in the bin.

But chestnuts, with their spiky shells and supposedly delicious nutty flesh, still fascinated me.

So when my sister told me that the playground of my niece’s school – you remember Swiftie, right? – was completely covered in them, I figured it was about time I’d give them another go. 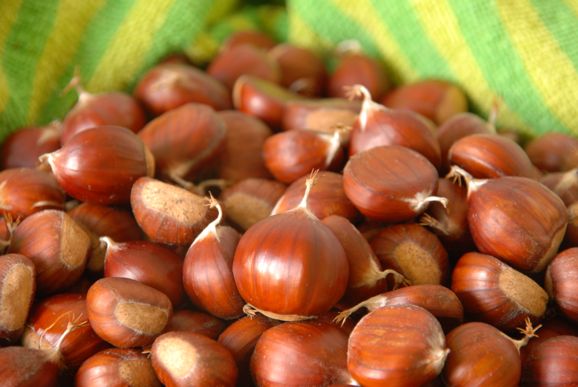 Anyway, to make a very long and frustrating story a little bit shorter: that particular haul of chestnuts also ended in the bin. Crossing the shells and cooking the nuts didn’t work for me. Once more, I couldn’t get the skins off. When my father-in-law picked me some more chestnuts in the park, I had the same problem. After taking the shells off with a little knife and quickly blanching the nuts, the skins still wouldn’t come off. And on my third attempt, even the supposedly foolproof cut-in-half-and-blanch-method failed me.

I think you can understand that by this time I was no longer merely interested in chestnuts and their nuttiness, I was completely obsessed with them!

So eventually I just gave up on freshly picked chestnuts and went online to find out more about vacuum packed, cooked chestnuts. It turned out, that most greengrocers carry these in their store, so I jumped onto my bike for a quick trip downtown.

And sure enough, they were on display in the first store I happened to stumble into. 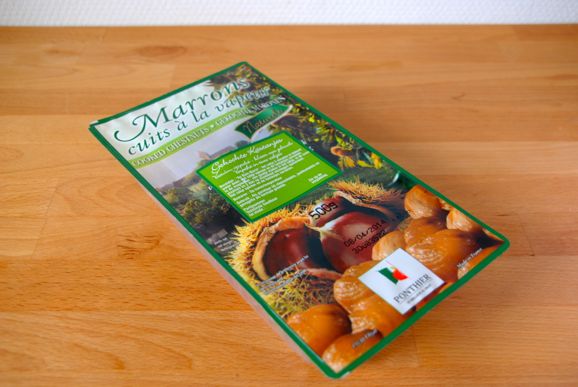 I’m telling you now, whoever invented these is a genius! Don’t ever try to skin European chestnuts yourself, no matter how tempting they are in the schoolyard. Just do yourself a huge favor and buy the pre-cooked ones.

Anyway, I was stoked. Finally I would join the club of chestnut-eaters! And not just by adding the nuts to a simple salad or roast… No, I already knew exactly what I was going to make with them: Italian Chestnut Cake.

To make this lemony chestnut cake, just start by combining 5 egg yolks and some brown sugar in a bowl. 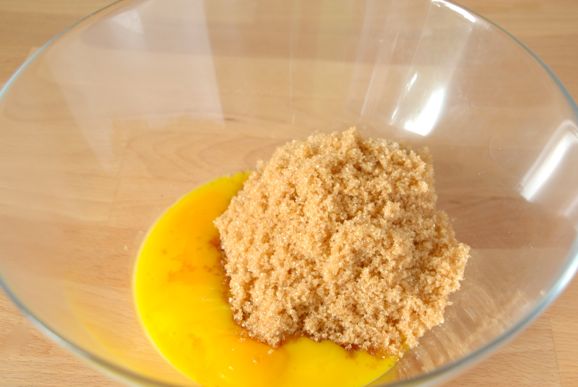 Mix together until pale, thick and fluffy… 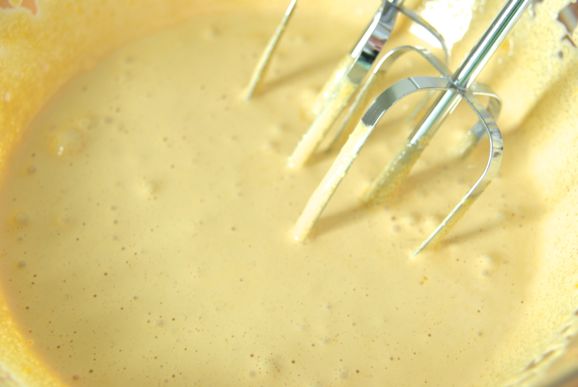 Next up, the chestnuts.

For the sake of this post (and my sanity), I’m just going to assume that everyone who’s making this recipe is using chestnuts that have already been peeled, skinned and cooked.

Grab yourself a pair of scissors, get the chestnuts out of the plastic, throw them onto a plate and mash ‘m up with a fork. Mash ‘m up good;  you don’t want any large chunks… 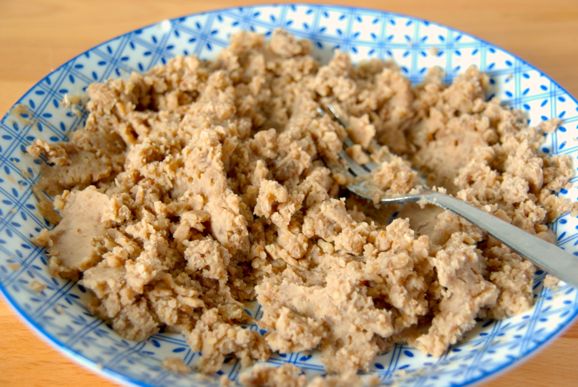 Add the chestnut mash, some ground almonds (or almond flour), the zest of 1 lemon and some melted butter. Make sure the butter has had time to cool before you add it to the egg mixture, otherwise the eggs may scramble. 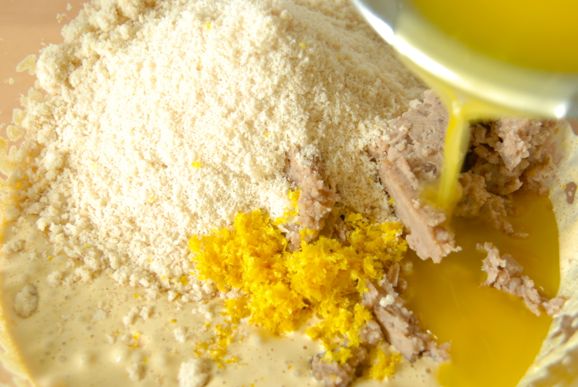 Next, whip up 4 egg whites with a generous pinch of salt until the mixture holds stiff peaks, then gently fold the whites into the chestnut mixture. 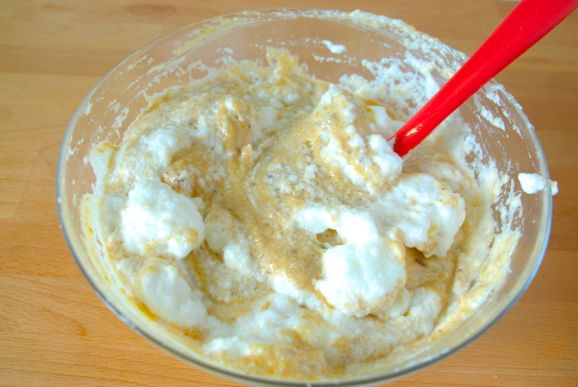 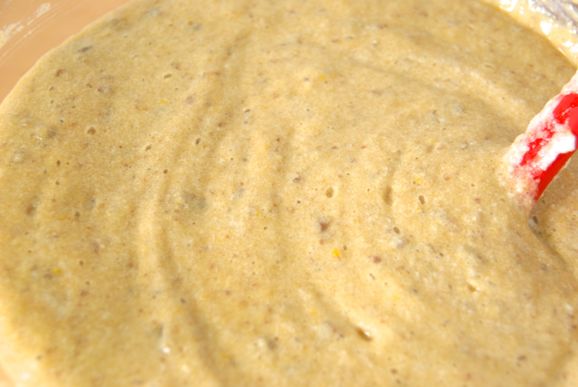 Then pour the batter in a cake pan and bake it up! Although it’s delicious straight out of the oven, I decided to serve it at room temperature, dusted with some powdered sugar and served with a nice cup of tea!

But you could opt for coffee if you’re into that… 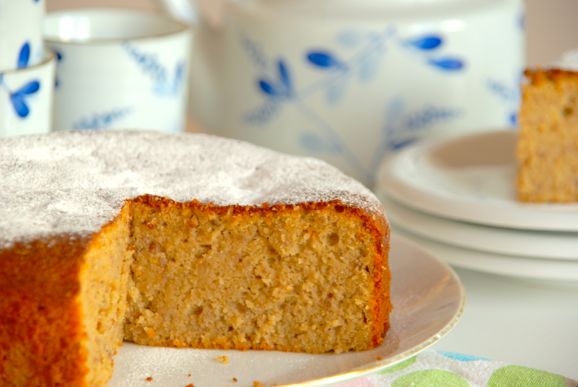 I have to admit: even after having gone through this whole chestnut experience, I’m still not sure what chestnuts are supposed to taste like. At any rate, this cake is a lot less nutty than I thought it would be…

However, it’s possibly the most delicious lemon cake I’ve ever had! It’s really moist, not too sweet, with a beautiful lemony tang and a gorgeous crumb!

So enjoy! Just try to avoid the skinning process… 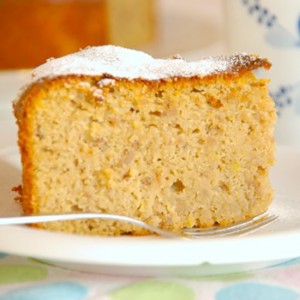 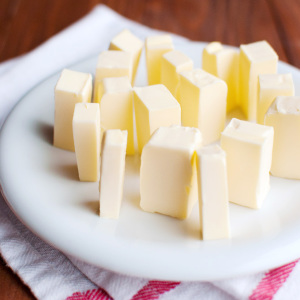