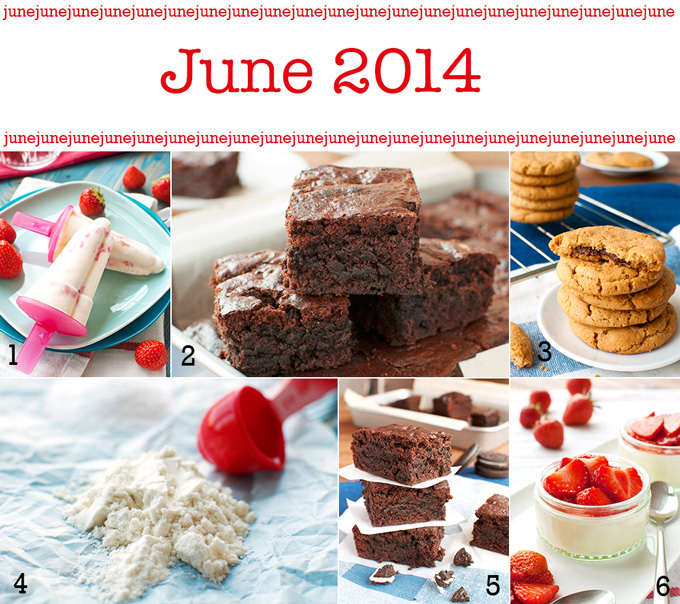 Oh no, I did it again: I forgot to post my ‘Things I Made a Year Ago’ post in the month when I actually made those things exactly a year ago…

What can I say, I’ve got a lot on my plate right now. Not just the never-ending story that is my thesis (which I was already complaining about in last year’s posts!) but also some other stuff. Good things. Getting organized, mostly, because I’ve got some big stuff coming up which I’m very excited about but I’m not ready to share it with the world yet…

First, I need to focus on my thesis. Just so you know: I plan to submit it before the 18th, because that’s when the Rocking Rebel has his summer break. I still got a lot of work to do before then, so wish me luck!

Anyway, last year’s recipes… There weren’t a lot, I clearly didn’t bake a lot in June 2014, but the recipes I did post about were great!

I loooove these popsicles. They’re not only really refreshing, but they’re also super fruity and sweet in a mellow, unintrusive sort of way. You can still taste the yogurt and strawberries! If you don’t like balsamic vinegar, or the mere idea of putting vinegar into your popsicles, don’t fret: they won’t taste like vinegar at all. The balsamic vinegar actually complements the flavor of the strawberries, accentuating every fruity bite.

So give these a go. You can whip them up in minutes and have them sitting in your freezer in no time at all!

Who doesn’t love brownies? Everyone does, right? Now, I’ve got to say, these particular brownies aren’t as good as these crazy Dulce de Leche Brownies, or these super chocolatey Coconut Brownies. Still, they’re really good if you like a no fuss brownie that’s super chocolatey and fudgy.

Just be careful not to overbake!

Just a heads up: these cookies are just perfect! Delicious, crumbly, delicious, peanut buttery, delicious, and yeah, stuffed with a thick layer of Nutella! Even the Rocking Rebel loves these, and he is one of those rare people who don’t like Nutella. I know: weird, right?

I wish I had a batch of these right now!

4. The Difference Between Baking Soda and Baking Powder

Always wondered what the difference is between baking soda and baking powder? I explain all about it in this post. And there’s more! I also explain how you can replace one for the other, how to make your own self-raising flour, and why you should never (NEVER) use the same amount of baking soda when a recipe calls for baking powder.

Don’t do it. Seriously…

Same brownies as number 2 on this list, but like I said, I obviously didn’t spend June 2014 in the kitchen. Still, the post’s featured image needed an extra photo…

These individual buttermilk panna cottas are super delicious and, if I may say so myself, look and sound quite impressive, too. I mean ‘buttermilk panna cotta with macerated strawberries’. Sounds fancy, right? But don’t worry, this summery dessert is super easy to make!

That’s it for now, guys!

Back in a few days! 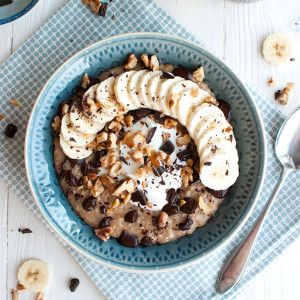