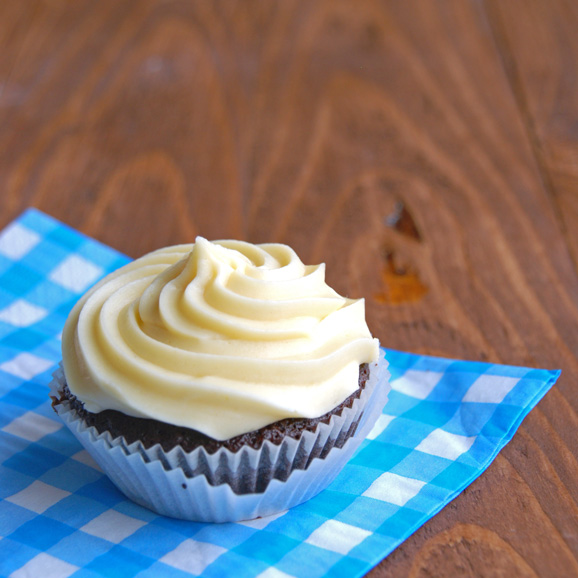 Please note: this recipe has been updated. You can find the new and improved recipe here!

As promised, the second post of my ‘Battle of the Buttercreams’ series! Featured today: the buttercream that inspired me to this very test. The buttercream who had all the foodies out there shudder with excitement after The Pioneer Woman dubbed it ‘the Best Frosting’ she had ever had. Flour Buttercream!

As I explained in Battle of the Buttercreams, Part I, this buttercream is made by cooking a mixture of flour, milk and sugar until it thickens into a sauce and adding butter and vanilla to it once this sauce has cooled to room temperature. The cooking process kind of reminds me of making a béchamel sauce.

There are actually two ways of making this buttercream. The first – and probably the best known – way of making it is by combining the milk and flour in a saucepan and cooking it into a thick paste. Once this paste has cooled to room temperature, granulated sugar, butter and vanilla are added, after which the mixture is whipped for about 8 minutes until the frosting is smooth and fluffy.

I chose a different strategy, though…

You see, I don’t really believe in whipping large amounts of granulated sugar into not-very-liquid-mixtures, as it can be tricky to get all of the sugar crystals to dissolve properly and it’s easy to end up with a grainy frosting. Therefore, I went with the second cooking method, in which milk, granulated sugar and flour are cooked together. This method reduces the risk of winding up with a grainy, unpleasant frosting as all of the sugar crystals melt into the milk as it heats.

However, I have to admit that I didn’t try the first method, so for all I know this whole beating-granulated-sugar-into-milk-paste works brilliantly too…

Anyway, moving on to everything there is to know about this buttercream:

As you can see, this buttercream contains a lot less sugar than the American buttercream. 26% against a whopping 58%! 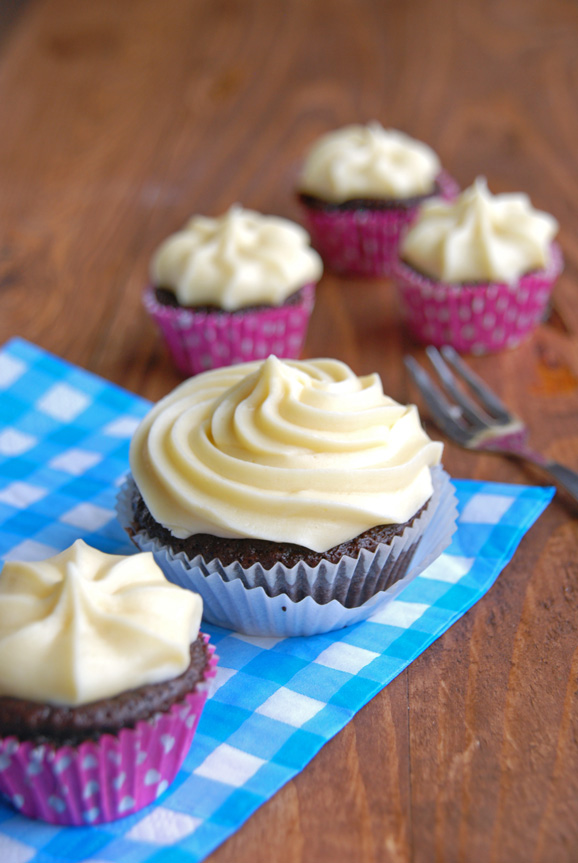 So what did my helpful taste testers have to say about this particular buttercream? Well, many people found it just a little bit too sweet and too buttery. But I have to say, while reading through my testers’ comments on the different buttercreams, I kind of got the feeling that they weren’t really familiar with buttercream to begin with. Around here, most people just stick to whipped cream when it comes to frosting a cake…

On a more positive note, a lot of people loved the creaminess of this buttercream. One of my test subjects stated that it ‘melts in the mouth’, and another person raved about its “gorgeous flavor” with just a hint of “tangy freshness” in it. My old booze-loving English teacher actually thought there was alcohol in it!

He loved this one!

But taste before looks, right?

At least, that’s how I roll…

Besides, this buttercream doesn’t look bad! Just look at that cute little swirl! 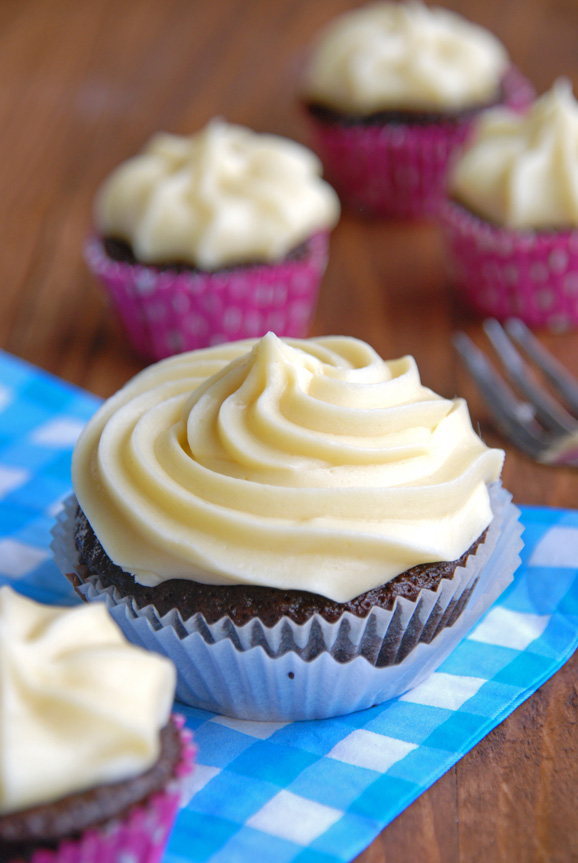 So is this buttercream really the ultimate buttercream? Can this modest newcomer really beat the traditional buttercreams? Does it really deserve the title of ‘Best Buttercream Ever’? 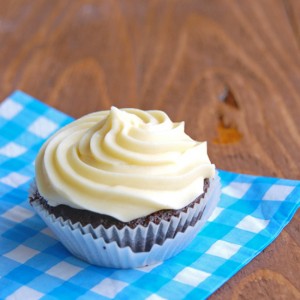