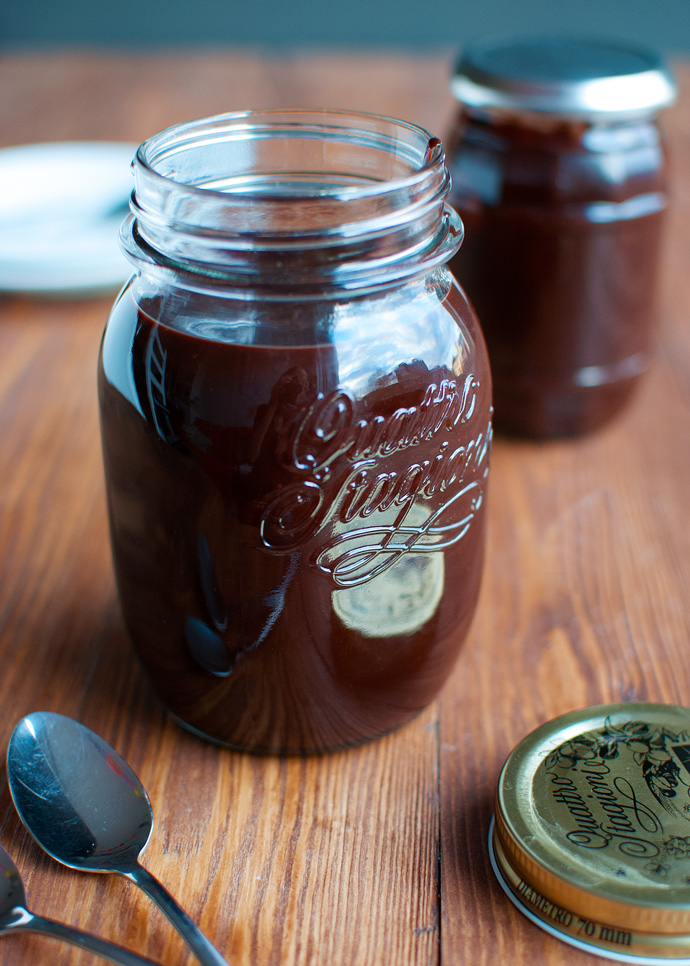 So here’s what I did. I first whipped up a very basic peanut butter ice cream, using only peanut butter, heavy cream, whole milk and a little vanilla. That’s from the top of my head, so there might have been something else in there too – wait, got it: sugar. There was also sugar in there….

Duuuuuh…. I’m such an airhead.

So I decided to go with a hot fudge swirl instead!

And that’s when I stumbled upon this recipe…. 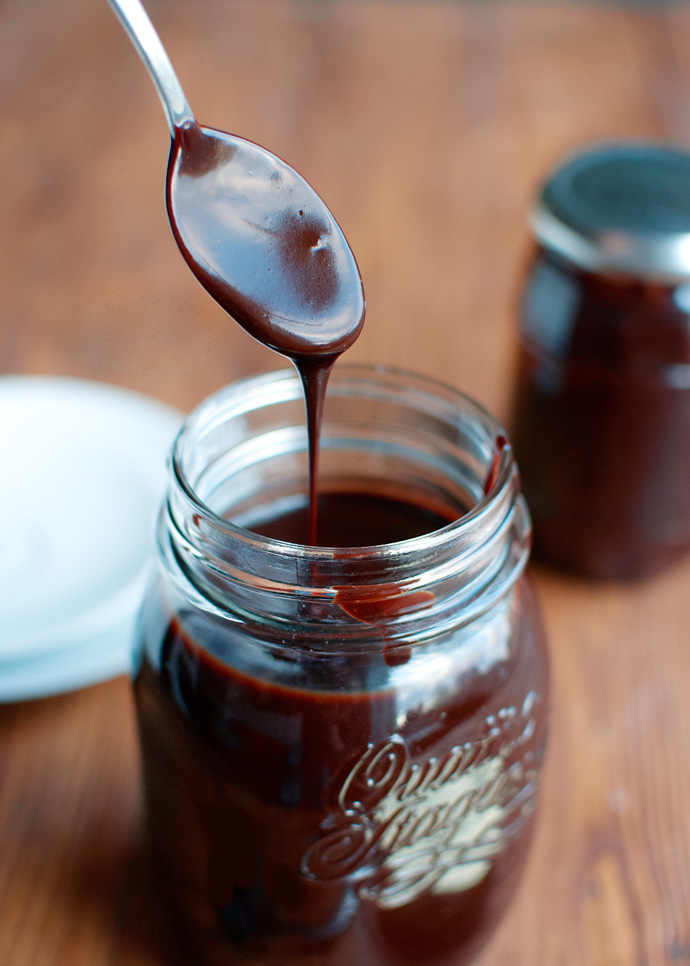 Now, I got to tell you, this recipe is EVERYWHERE! It’s like it’s gone viral, or something. It was originally published in Gourmet magazine in 2004, but now it’s all over the Internet! Just google ‘hot fudge sauce recipe’ and basically all you’ll find is this! Featured prominently on different food blogs and websites. It’s crazy!

Sure, there are a few (like two) other recipes for hot fudge sauce, but apparently most people like this recipe better. So I thought: why not give it a go?

I’m so glad I did! Making this stuff is really easy. And once you’ve tried it, you’ll never buy the bottled hot fudge sauce again! This homemade version is just soooooo much better! Plus plus plus: you can whip it up in less than 10 minutes! Just make sure you have Lyle’s Golden Syrup at hand. You’ll need it. At least, if you’re making my slightly adapted version. You can also use light corn syrup, instead. That’s what the original recipe calls for. But whenever a recipe calls for corn syrup, I use golden syrup instead. It’s just a lot yummier. Toastier. More caramelized. Better in every way!

So make sure to use it if you have it…

Oh, and you’ll also need heavy cream, chocolate, salt, cocoa powder (Dutch-processed), bittersweet chocolate, unsalted butter and vanilla. Oh wait, and sugar. Light brown sugar to be precise. The original recipe calls for dark brown sugar and light corn syrup, but as I was using Golden Syrup – which has a more pronounced flavor than regular old corn syrup – I figured I’d use the light brown sugar instead. You know, to even things out a bit. It worked perfectly! I’ve never had a better hot fudge sauce in my life! 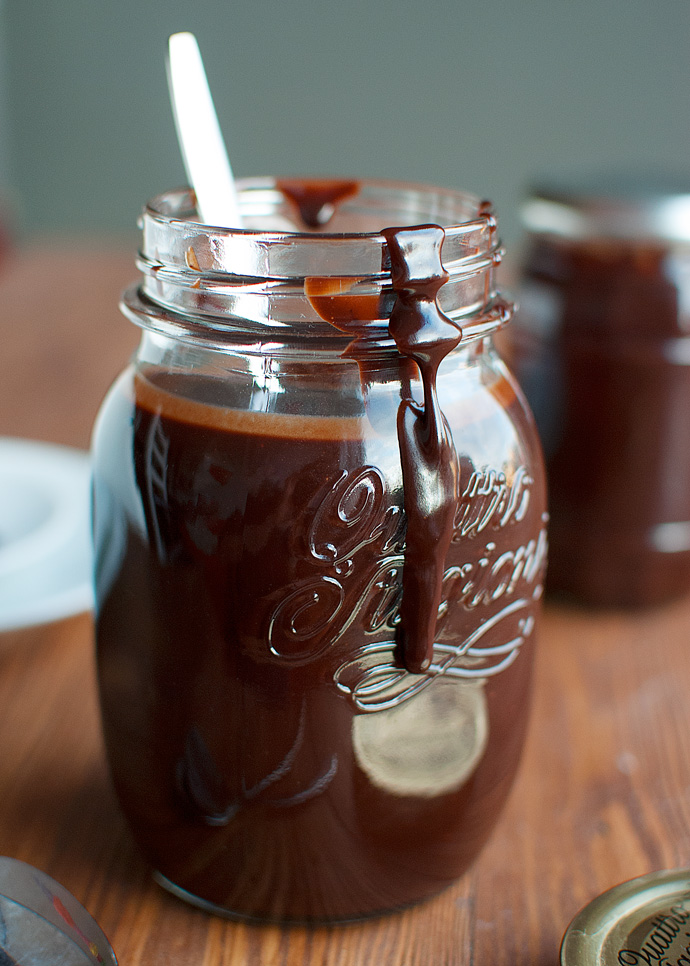 Aaaanyway, where was I? Right, making yourself a jar of deliciousness. Well, throw the ingredients (well, most of them. Save half the chocolate, the butter and the vanilla) in a saucepan. Heat over medium heat. Stir to dissolve the chocolate. Allow to come to a boil. Cook for 5 minutes. Remove from the heat. Stir in the remaining ingredients and that’s it! You’re done! Where’s the ice cream?

Oh, about that. My peanut butter ice cream recipe is still in development. The last batch I made was ridiculously delicious and super creamy, but it was too thick for my ice cream maker. It just wouldn’t churn…. 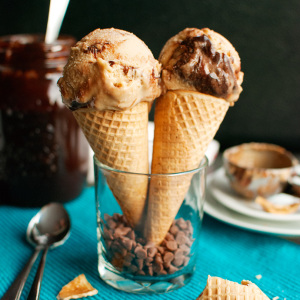 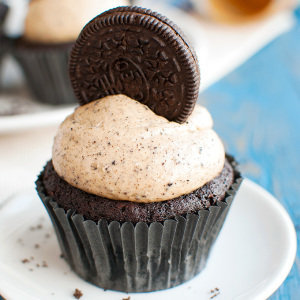