I tried making healthy chocolate frosting this week. And I failed! Ugh, it wasn’t pleasant. Here’s what happened.

I went online to get some inspiration and to find out what exactly makes a healthy chocolate frosting. Because frosting is obviously not healthy because of all the sugar and fat that’s usually in there.

Lots of hipster foodies use avocado to make healthy chocolate pudding, but I didn’t want to go the avocado/coconut oil route. Not only because I once tried making chocolate pudding with avocado and coconut oil and it was… how can I say this, DISGUSTING, also because I wanted to come up with a recipe that doesn’t rely on the availability of perfectly-ripe-so-not-squashy avocados. ← I’m one of those people whose avocados are always either too hard and watery, or basically guacamole in a peel. The avocados I buy seem to somehow skip that perfectly-ripe stage. So no perfect avocado-based chocolate pudding for me, please.

I stumbled upon a recipe for vegan + paleo chocolate pudding/frosting that calls for sweet potato puree, cashews, maple syrup, and okay a little coconut oil, but I figured I could always use butter instead. After all, my healthy chocolate frosting doesn’t have to be paleo or vegan, just healthy. Sweet potato is healthy, so are cashews, so I decided to give the recipe a go. I used store bought cashew butter rather than soaked cashews, and date syrup instead of maple syrup for a little sweetness. I threw it in a blender, added sweet potato puree, cocoa powder, a little vanilla, a tablespoon of butter, and a splash of cream and blitzt. 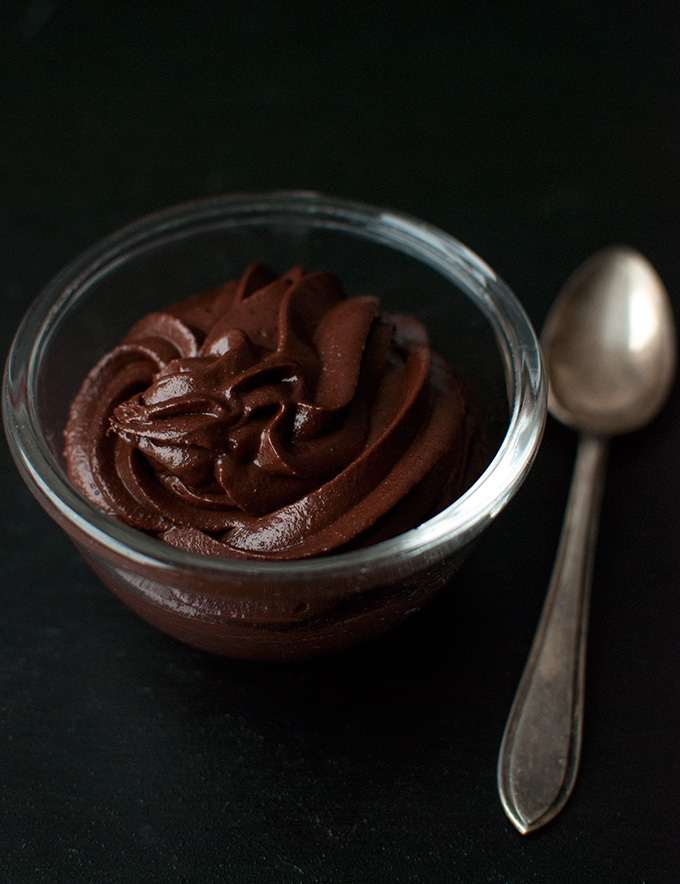 The resulting pudding looked promising. Like chocolate frosting. Just look at those moody photos. It was thick and chocolatey and glossy. A bit grainy, but I hadn’t strained the stuff yet. The flavor wasn’t too bad either. Sure, it wasn’t the best chocolate pudding I ever had, but still: it tasted pretty decent for a pudding made with cashews and sweet potato. Very cocoa-y.

So I strained it to make it smooth. Only it didn’t work. It remained grainy. Or, well, fiber-y. You know when you have brownie batter with undissolved sugar in it? I’d call that grainy, but the sugar crystals dissolve in your mouth when you taste it. This chocolate pudding was grainy in a very different, fiber-y kind of way. Fibers from the sweet potato, or maybe the cashews. They wouldn’t strain out, and they didn’t dissolve in my mouth either. They were just there. It was like eating chocolatey mashed potato.

I guess that’s healthy: veggie fibers in your chocolate pudding. 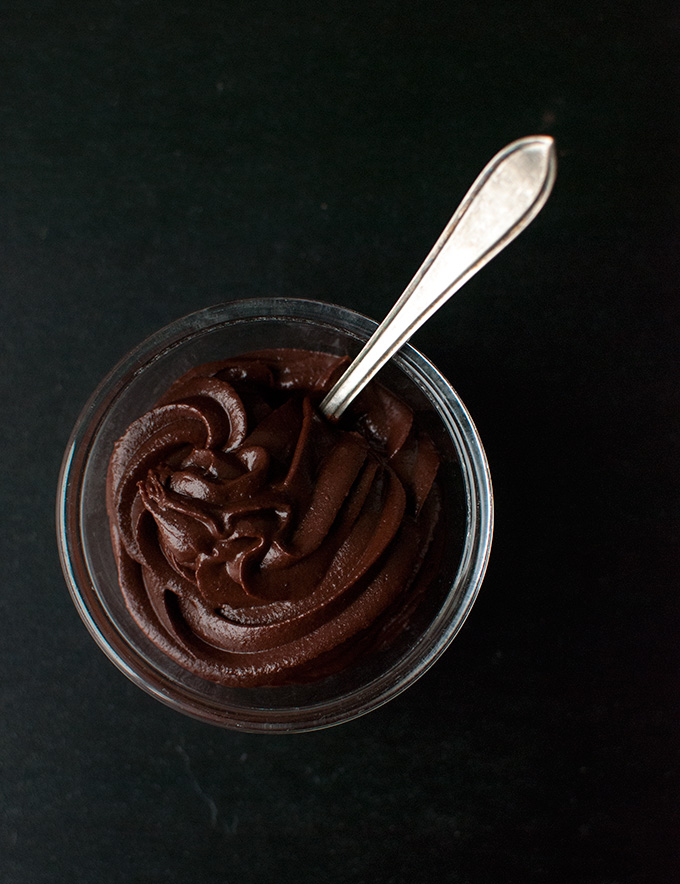 Not my cup of tea, though. Why did I try this recipe again? Oh yeah, healthy chocolate frosting.

And maybe, just maybe, if you beat the hell out of healthier chocolate pudding, it will turn into frosting? Frosting that you can spread on cake? Let’s hope so!

So, long story short, I’m still working on a HEALTHIER chocolate frosting at the moment. One that hasn’t veggie fibers in it, but good things like milk, cocoa powder, cornstarch and what? date syrup? What is that? I’ll tell you later… ???? 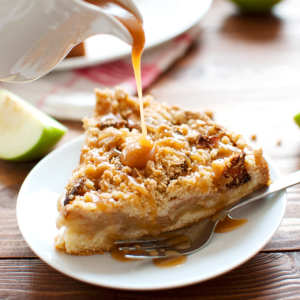